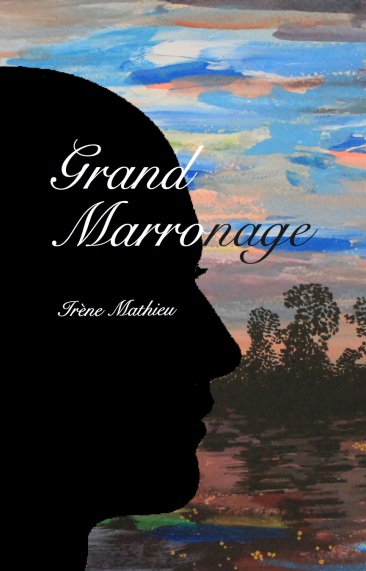 Editor’s Choice for the Gatewood Prize. Runner-up for the Cave Canem/Northwestern Book Prize.

Liberation, in other words, is multilayered. It occurs over time and space, in the souls and bodies of both those originally liberated and those who come after. The poems in Grand Marronage tell multiple stories about liberation and escape, from the bonds of slavery and systemic racism as well as from sexism, sexual violence, and a variety of other cultural constrictions, limitations, and cruelties.

Grand Marronage, Irène Mathieu’s second book of poems, throws me into a restless state. By this collection’s end, you’ll want to take her cue and voice yourself, make something of your not so slow-burning earth. Not one to flinch at impending entropy, Mathieu meets problems of identity, domestic violence, and cultural abuse with an impatient energy that will inspire readers to help her fix them, to make a difference, beginning in their lives.

For Mathieu’s speakers, one can breathe, one can sigh, one can even talk, but in doing so one might be exposed, caught out. As such, Mathieu’s collection is grappling with sound: the costs and benefits of quiet, the emergence of a suppressed voice, and the world-splitting thunderclap when one finally learns how to speak.

Grand Marronage is a remarkable book, resolved to regard the difficulties and beauties of the past and present, to acknowledge the forces that would seek to control how both are seen, and to find the strength of its own steady gaze. These poems have a wild and courageous openness, full of intelligence and heart. The poet records “the dual wishes for her children to / write their own and to remember / the names of every ancestor before.” Grand Marronage makes a space where those wishes can breathe and grow.

Irène Mathieu brings us a vision across generations of black womanhood, one that crosses ocean, myth and language. This is a solemn, sweet bite of poetry that reminds us how the past is only a skin away from our present.

Grand marronage—the practice of enslaved folks running away and creating their own communities—is a tradition of freedom making. Mathieu taps into this tradition, highlighting the creativity and resilience found within her family history. Grand Marronage tells a story that cannot be found in history books. It is the story of Louisiana—and America—that lives in bodies, bones, and the earth. The images she creates will stay with me.

In Irène Mathieu’s Grand Marronage her poems dig beneath the surface of gender, culture, and memory to create a complex multi-layered collection driven by a nuanced cultural lens that is rarely found in contemporary poetry. With poems both visceral and ethereal Grand Marronage attempts its own kind of freedom by highlighting the black body in a localized history and space of intimacy. These are poems that never forget the contexts of human experience and pull us deeper into our understanding of who we are today and how we came to be.